Bitcoin and Crypto analyst, Timothy Peterson, has shared his most recent forecast of Bitcoin. According to Mr. Peterson, a 10% increment of large users who hold 1,000 BTC or more, could easily increase the value of Bitcoin by 200%. Furthermore, if such large Bitcoin users would increase by 500, BTC would be on a trajectory towards $140k and beyond.

Mr. Peterson shared his analysis of Bitcoin and how its value is derived from large users, through the following statement and accompanying chart.

Most importantly, a $20bln inflow would push bitcoin reserves to $2.6 trillion, a 5x increase, due to network effects. 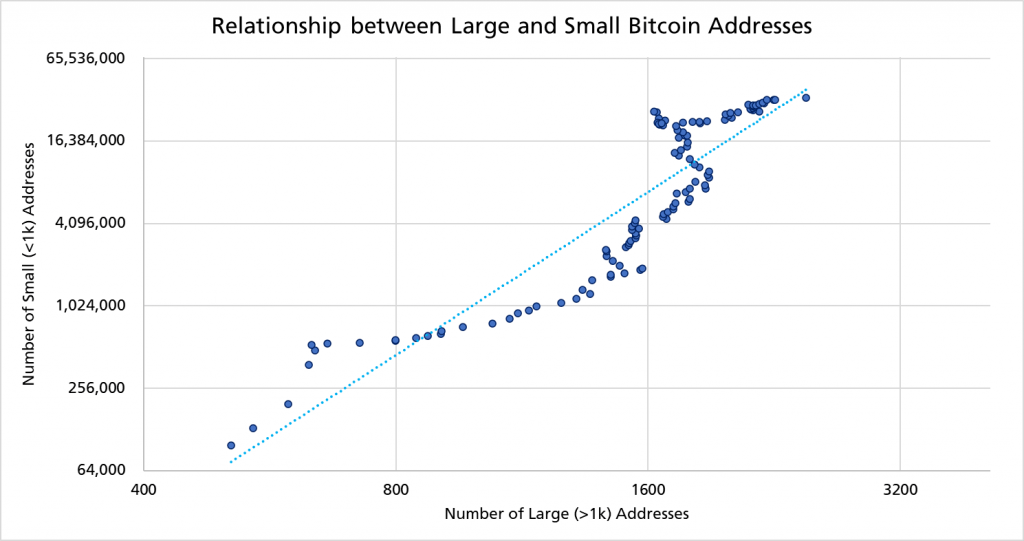 Expanding on Mr. Peterson’s analysis, an increment of 500 large users holding 1k or more Bitcoin is very much possible given that Elon Musk and Telsa made it okay to add Bitcoin to company balance sheets. This in turn means that there is definitely a long list of potential large users in the form of public and private companies contemplating on following in Tesla’s footsteps.

This fact was best highlighted by the 8,197 global attendees of Microstrategy’s recent conference focused on demystifying how corporations and CEOs can purchase BTC. To note is that speculation is high that the three companies of Apple, Twitter and Oracle are currently considering the move to buy Bitcoin.

Furthermore, the city of Miami recently announced that it was reviewing plans of adding Bitcoin to its treasury as well as formulating how employees of the city could be paid in BTC. The Mayor of Miami, Francis Suarez, shared the city’s financial ambitions through the following tweet.

We got it done ✅ pic.twitter.com/88laGvVbEG

Therefore, Bitcoin reaching and exceeding $140k is a matter of ‘when’ and not ‘what if’.