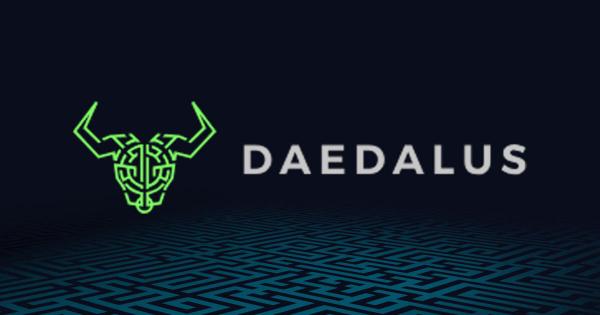 Version 3.3.0 of the Daedalus wallet brings support for the upcoming Cardano protocol update that delivers native token support to the blockchain. What also stands out from the numerous new features introduced is the ability to register to vote for the Project Catalyst Fund3, removing unnecessary steps from Cardano’s on-chain governance.

Daedalus wallet gets a revamp in the latest update

Daedalus, a Cardano wallet developed by IOHK, has just received its biggest upgrade yet. Announced on Feb. 17, the update has essentially made Daedalus ready for Mary, the upcoming HFC event that’s set to bring native token support to Cardano.

NEW DAEDALUS: Fresh out now, Daedalus 3.3.0 is our most significant update yet, packed full of fresh features for #Cardano $ADA! 1/5 pic.twitter.com/ex1wQ7GKu5

Version 3.3.0 also brings a slew of other updates to Daedalus, including configurable SMASH servers, metadata transactions, fee processing, ADA deposits, as well as support for Ledger devices configured with a secondary PIN.

Daedalus can now display the converted value of users’ wallet balances in a supported fiat or cryptocurrency. Conversion rates are provided by CoinGecko, but IOHK noted that the calculated conversions should only be used as a reference.

Users will also be able to import wallets from ‘secret.key’ files located in state directories of old versions of Daedalus. This represents a significant update for users that have lost their wallet recovery phrases, as the new version allows the import of wallets with just spending passwords.

However, the biggest and most significant functionality unlocked in version 3.3.0 is the addition of Project Catalyst Fund3 voting registration. While still in its experimental phase, Project Catalyst is a program that will ultimately bring on-chain governance to Cardano. The platform enables ADA holders to vote on proposed campaigns for Cardano’s growth and receive rewards for participating in the governance process.

The latest version of Daedalus will enable users to register and vote for proposals in Fund3 directly in the wallet.

Project Catalyst voting will also utilize another major Daedalus update, which is added support for transaction metadata. Version 3.3.0 will enable Cardano transactions displayed on Daedalus to contain additional metadata information, aside from containing ADA and other Cardano native assets in the near future. Transaction metadata can be used to provide additional context for transactions, a feature that will prove to be extremely useful as both the proposals and the voting process on Project Catalyst become more complex.